Dolphin is the file manager and is an integral part of KDE. Even Konqueror uses Dolphin in its file management. Unlike Konqueror, Dolphin specializes in file management and was specifically developed with ease of use in mind.

It incorporates a new concept to navigate faster and more precisely with the navigation bar. For this purpose, a so-called breadcrumb address bar is used. Instead of representing the full path, only each waypoint from one of the places is displayed as a button. By clicking on one of the buttons, you can directly access the folder. So you can go very quickly from a subfolder to a superfolder.

The steps given to install Dolphin file manager for Ubuntu can be used for other similar Linux such as Mint, Debian, POP_OS, Elementary OS, etc.

Go to Activities and search for Terminal or just use the keyboard shortcut – CTRL+ALT+T.

After opening the Terminal application, run the system update command to refresh the APT package index cache. This will also install the latest security updates.

Dolphin is not only open source but also a popular KDE file manager application, therefore its packages are available through the system repository by default.

Go to the application launcher and search for Dolphin, when its icon appears, click to run it. 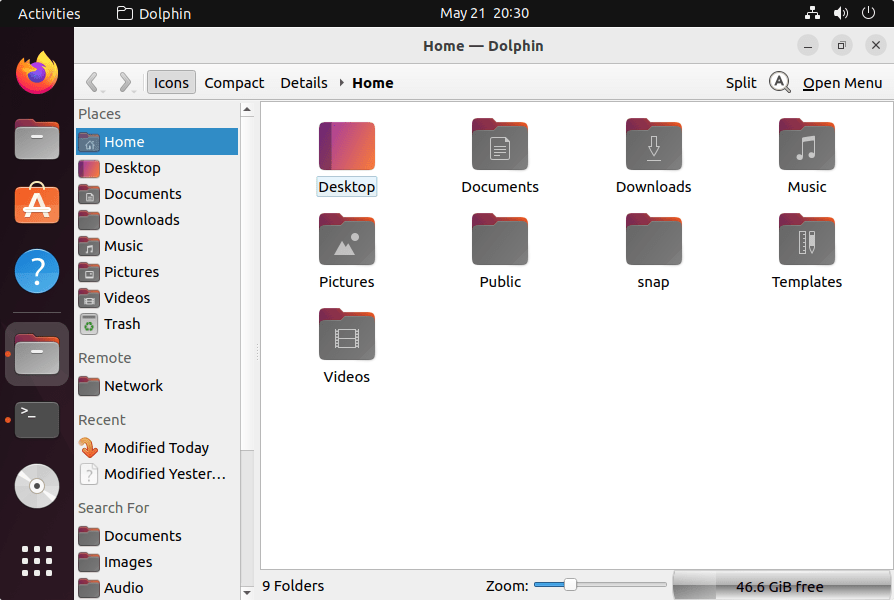 As we used the APT package manager to install the Dolphin manager, we can use the system update command to get the latest future updates available for it. Here is the command :

Those who no longer want the Dolphin on their Linux Ubuntu 22.04 can completely remove it using the APT package manager.

Earlier this week, BuzzFeed News reported how Chinese company DO Global’s play store apps routinely engage in click fraud. – automatically clicking on ads on behalf of users. Google has already removed apps and suspended accounts owned by DO Global, and it looks like ES File Manager may be part of the ongoing crackdown. ES […]

This site can earn affiliate commissions from the links on this page. Terms of use. Windows has undergone major cosmetic changes over the past decade, but Microsoft is committed to backward compatibility like no other software maker. In fact, the original Windows file manager remains works fine on Windows 10 by means of some new […]